GitLab Vs GitHub: Major Differences & Which One To Choose In 2022 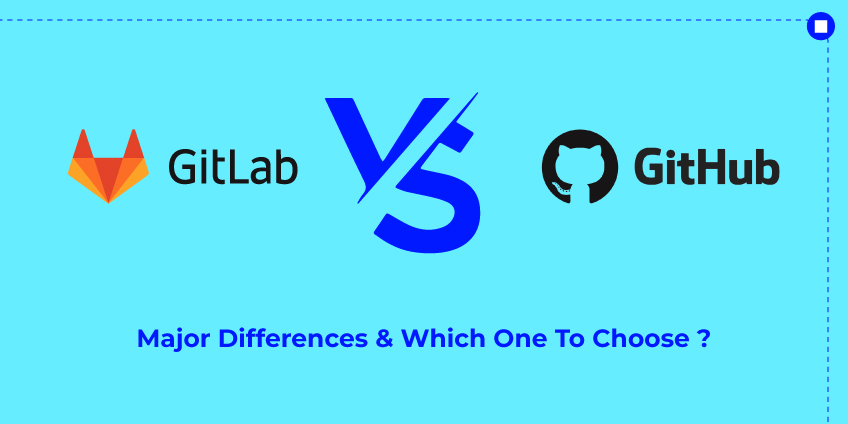 System administration services for version control repositories are essential in the software development process. GitLab and GitHub have been the subject of considerable controversy over the past several years, as both have positioned themselves as useful tools for developers, especially when working in big groups.

GitLab made a significant step forward with the introduction of GitLab 10.0, which covered everything from code management to deployment and monitoring. Complete DevOps is what GitLab refers to as. This company wants to capture the whole software development, deployment, and DevOps marketplace.

But what are version control, GitLab, and GitHub? As version control is an important aspect of the Software Development Life Cycle, we need to know which one to choose. This article is all about clearing doubts related to these two technologies and also to version control.

First Things First: What Is Git?

Git is an abbreviation for Version Control System. This provides, at its most fundamental level, the ability to roll back to previous versions of the code if anything goes wrong. Version control, on the other hand, provides many other benefits than the ability to go back in time. It is vital to maintain control over the information that is entered into the code.

It becomes much more critical for public open-source projects, which would be unable to operate without Git’s contributions. 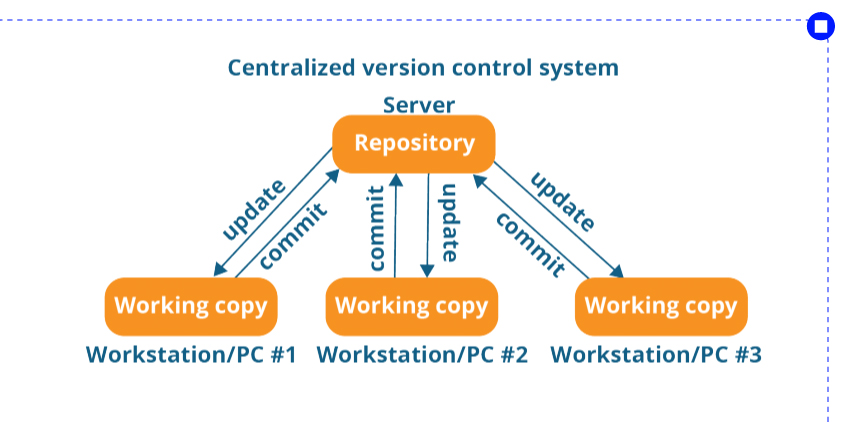 In Subversion, the generally accepted technique for doing something similar would be to establish a branch in the main repository, which may soon grow bloated and difficult to maintain. The key driver for Git adoption, on the other hand, is the fact that hosting code repositories on sites such as GitHub and GitLab is completely free and open to the public.

Without a free platform to store open-source code, it is unlikely that it would be possible to develop open-source code in its current form. Most individuals are eager to put their time and expertise into a project that they are passionate about but ask them to put their money into it and a substantial majority of them will walk away from the opportunity.

Moving Ahead: What Is GitHub

Developers may use GitHub to host their code repositories, which includes everything they would need in terms of issue tracking and code management in a single handy and free package. GitHub has grown so widely used that it has virtually become synonymous with the Git version control system.

To this day, there are not many free options that provide the same powerful core features as Adobe Creative Cloud. Ruby on Rails was used to create GitHub, which was launched in 2008 as an online code repository by Chris Wanstrath, P. J. Hyett, Tom Preston-Werner, and Scott Chacon.

As a result of the rapid adoption of the platform, it reached a startling 46,000 hosted repositories within the first year and more than doubled that number by the end of the second year. If you are asking who owns GitHub, then Microsoft purchased GitHub in 2018, which resulted in several modifications to the platform.

The most crucial of them was the availability of free private repositories with no restrictions and the ability to integrate CI/CD. Even though CI/CD connections with GitHub were just available in late 2019, it has been feasible to utilise Jenkins with your GitHub projects for quite sometime before that. 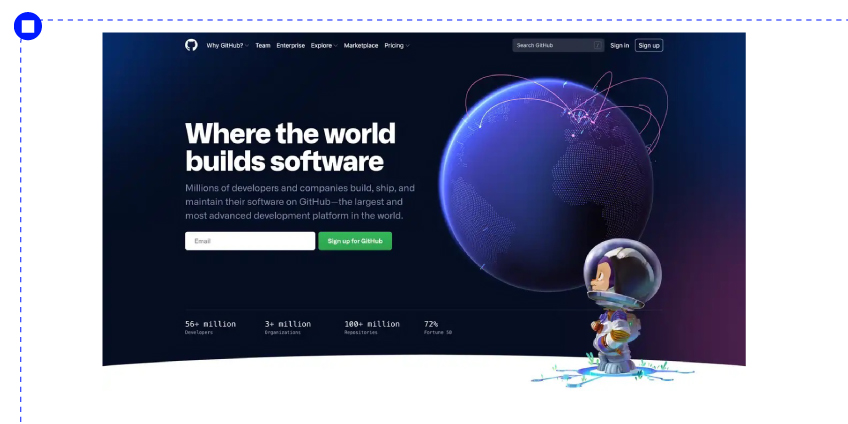 Moving Ahead Further: What Is GitLab?

The project was first seen by the current CEO, Sid Sijbrandij, in 2012, and he was struck by the quality of the code. Later, he formed GitLab Inc. and recruited Dmitriy Zaporozhets to work for the firm so that he could devote his whole attention to GitLab. GitLab’s core product, which has now been divided into two codebases, has remained open source despite its growing popularity.

Individuals and open source projects were targeted by the community version of the book. And there was the Enterprise Edition, which was designed to offer businesses the capabilities they need. GitLab Inc. stated in 2014 that it will operate on an open-core business model, which would maintain the code open source while providing extra features and services to paying clients.

In light of this new business model, it seemed reasonable to preserve the Community Although Enterprise Edition remained publicly accessible, and all code modifications could be inspected, it was no longer considered secure. 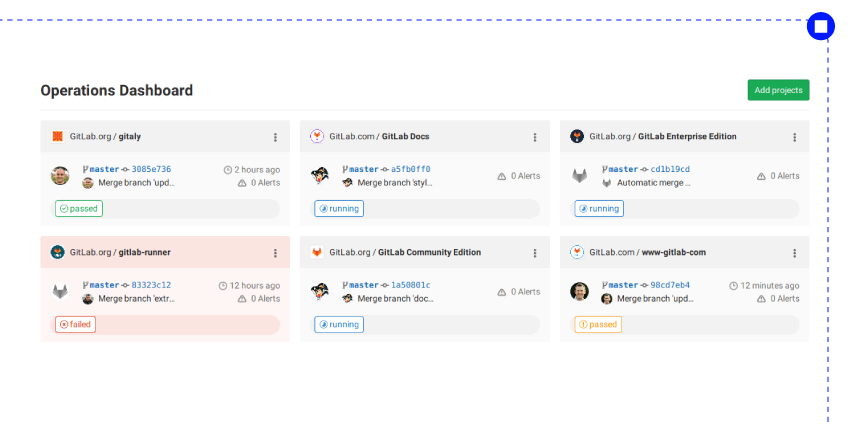 Now we know the GitLab features comparison with GitHub features. So, let us move with the major differences between both of them.

These are the major difference between GitHub and GitLab:

A major distinction in the user experience is GitLab’s commitment to CI (continuous integration) and a DevOps workflow, which is perhaps the most noticeable. Automatic code building and staging using GitLab CI tools eliminate the need for manual updates and cumbersome custom integrations, which saves you time and money in the long run.

You may utilise the GitLab connection to automate the deployment, staging, testing, and scaling of your applications if you currently use a PaaS solution such as hosted Kubernetes.
When your development team is restricted to GitLab, they may concentrate on putting tiny changes online many times per day, rather than batching them together into large releases.

One of the most important factors in making this happen is the automated testing tool, which checks code for possible security concerns regularly. A continuous integration and delivery (CI/CD) process may be set up with GitHub, but you must use a third-party CI technology, such as TravisCI or CircleCI.

Even though the underlying Git technology and functionalities are almost the same, the suggested approach is not. This is not even close. GitHub has a strong emphasis on speed, while GitLab places a strong emphasis on dependability. There you have it. The fundamental distinction between the two cloud repository solutions.

When it comes to merging (included) new branches into the master branch, GitHub advocates for a rapid, feature-focused development strategy. This approach is ideal for Agile teams and projects of lower size. In a matter of seconds, you may revert to the prior version. In the GitLab process, you build numerous stable branches in addition to the master branch, generally at the very least production and pre-production, and merge them.

That necessitates a multi-step testing approach since a single code review after the merge request is insufficient. It might be time-consuming for smaller teams to get a new feature into production before it can be tested. In contrast, having a dedicated quality assurance team allows your RandD team to work more freely on new features without having to worry about testing every single minute change in the code.

Some believe that this makes GitLab the more secure of the two Git platforms, however, GitHub also offers the same approach as well. It is merely that it does not come with an official recommendation.

GitLab has chosen the approach of providing a comprehensive, packaged platform rather than allowing users to choose from a variety of different programmes to construct their platform. The absence of integrations may not imply a total lack of them. Integrations with Asana, Jira, Microsoft Teams, Slack, Gmail, and more than 30 additional applications and platforms are available via GitLab.

However, although you do have alternatives, they are far more restricted than they would be if you used GitHub. GitHub’s app store presently has 374 free applications, as well as a large number of commercial applications. Keep in mind, however, that it is via these third-party integrations that GitHub makes some of the functionality available that were previously only available in GitLab.

In its early days, GitLab was a self-hosted open-source platform. Even with that in mind, you may still use your virtual machines to run a private version of GitLab on your network. And you can do so with a free GitLab plan, but with GitHub, you can only do so with a paid GitHub business plan.

Those working on open source software may make use of GitLab’s free enterprise plan capabilities, which include up to 50,000 continuous integration (CI) minutes. GitLab is open source software, and the self-hosted version is available for free to anybody who wants to use it.

Although GitHub is not the best choice for open source code, it is a viable alternative since it provides rapid access to the vast majority of these developers. GitHub also encourages users to contribute to open source projects every Friday, therefore increasing the quantity of publicly accessible materials regularly.

While both the free and premium plans include limitless public and private repositories, there is a significant difference in the prices of the paid and free plans. GitLab’s Premium plan begins at $19 per user/month and goes up from there. Managers have access to project management and code integrity controls with this tool.

A similar emphasis is placed on enhanced collaboration capabilities (for private repositories), as well as security and compliance features, in commercial GitHub plans. However, there is a significant disparity in price between the two systems. Starts at $4 per user each month for the GitHub Team plan. GitLab Ultimate will cost you $99 per user every month, while GitHub Enterprise will cost you $21 per user per month.

In comparison to GitHub’s Team plan, GitLab portrays its free plan as a competitor and its Premium plan as a rival to the enterprise-level Enterprise plan. However, to replicate the functionality of GitHub’s security and compliance tools, you will require the most costly GitLab subscription available.

GitLab Vs GitHub: Which One To Choose?

There is, however, no clear-cut “best decision for everyone” in this situation, just as there is none in most things in life. It is dependent on your team, the bigger business, your objectives, and the specific use cases you have. GitLab is the clear winner when it comes to out-of-the-box functionality and self-hosting options.

GitHub, on the other hand, is in a unique position as the market leader. It features a much greater number of integrations and applications.

It also relies on the tools and techniques that your staff are already familiar with and have mastered. It will be evident to you if GitLab does not provide an integration with a program that you often use, but GitHub does, making GitHub the obvious pick. And, given that GitHub has more than 300 more connectors than GitLab, this is not an outlandish situation.

Summary On GitLab Vs GitHub

As a developer in 2022, you can not afford to ignore technologies such as Git or large cloud repository providers such as GitHub and GitLab, since they are essential. They are used by the great majority of developers, teams, and enterprises to guarantee that every piece of code is rigorously evaluated before going live and that no one’s contribution is lost in the process.

While the differences between the tools seem to be minor on the surface, the most significant distinction is that GitLab is a full DevOps platform. GitHub, on the other hand, provides extensive flexibility via its app store. We hope you choose the best from GitLab vs GitHub.